In the wake of weeks of baking drought across Europe, water levels in rivers and lakes have dropped to levels few have seen. This reveals treasures long submerged and poses some dangers. Spain’s most severe drought in decades has prompted archaeologists to discover a prehistoric stone circle dubbed Spanish Stonehenge which is usually covered by dam waters. 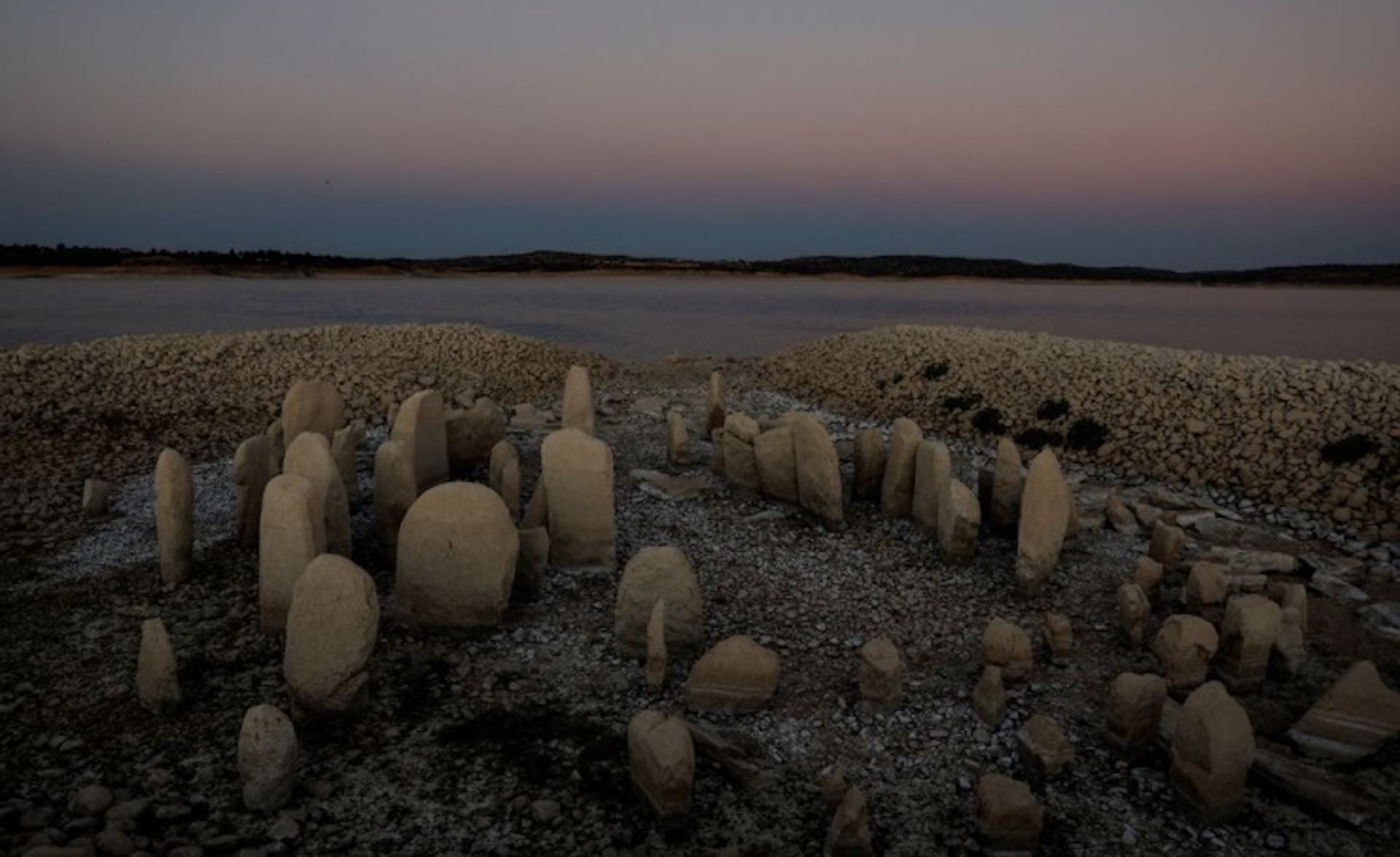 Authorities say the water level has fallen to 28% of capacity in the Valdecanas reservoir in central Caceres. This is where the stone circle is officially known as the Dolmen of Guadalperal. Under Franco’s dictatorship, the area was flooded in 1963 as part of a rural development project discovered by German archaeologist Hugo Obermaier in 1926. It has only become fully visible four times since then.

As a result of the reappearance of hunger stones on the Rhine River, memories of past droughts have also been rekindled. In recent weeks, many of these stones have been visible along the banks of Germany’s largest river. It is believed that their re-emergence is a warning and a reminder of the hardships people suffered during previous droughts. Among the dates visible on stones seen in Worms, south of Frankfurt, and Rheindorf, near Leverkusen, were 1947, 1959, 2003, and 2018.

As a result of the drought, the Danube has fallen to its lowest level in almost a century. This exposes the hulks of more than 20 German warships sunk near Serbia’s river port town of Prahovo during World War Two. In 1944, Nazi Germany’s Black Sea fleet scuttled hundreds of vessels along the Danube as they retreated from advancing Soviet forces. They still impede river traffic at low water levels today.

In late July, a 450-kg (1,000-pound) World War Two bomb was discovered in the low-running waters of the country’s longest river following a state of emergency declared around the River Po. A controlled explosion of the U.S.-made device was carried out earlier this month in Borgo Virgilio, a village near Mantua. This prompted some 3,000 people to evacuate.

Radiation science and technology will be discussed at ICARST in Vienna

First monkeypox case has been confirmed in Indonesia