January 22, 2022
Scores of people are feared dead and others suffered various injuries during an explosion which occurred at Apiate, between Bogoso and Bawdie in the Prestea Huni-Valley District of the Western Region Thursday afternoon. The incident, which was said to have involved a truck carrying mining explosives and a motorcycle, destroyed properties running into millions of Ghana Cedis. Personnel from the police service, Fire Service, National Disaster and Management Organization were at the scene to assist in rescue mission and ensure law and order in the area. 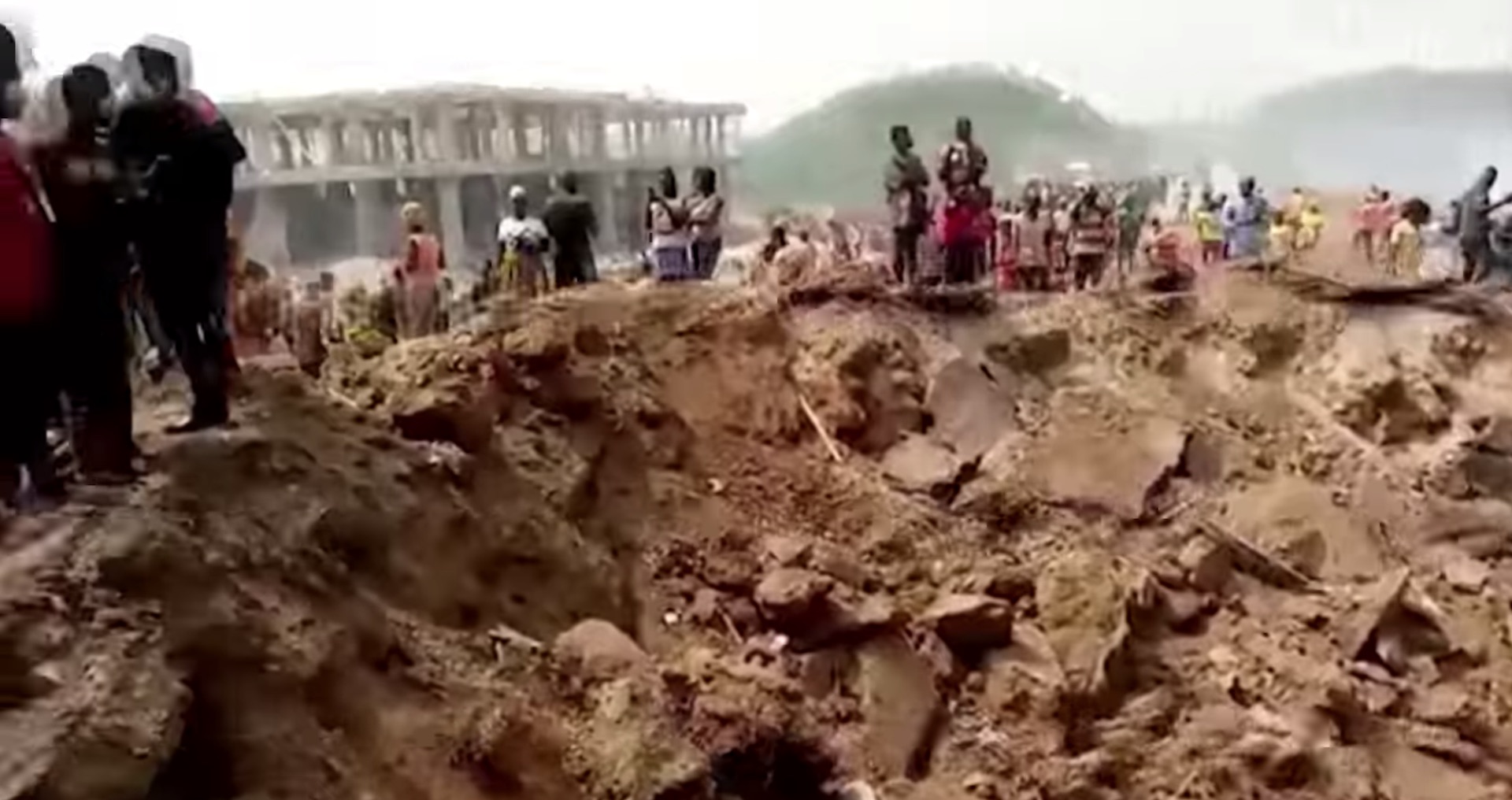 The situation was said to have brought a huge crowd to the scene, who took videos of the tragedy. Others were seen weeping uncontrollably over the loss of people and properties, while some stood in shock. Meanwhile, the Police Public Affairs (PAD) in an emergency public notice said preliminary investigation has established that a mining explosive vehicle moving from Tarkwa to Chirano mines collided with a motorcycle resulting in the explosion.

The Police said they have taken charge of the situation and are providing security to enable the emergency workers, including the Ghana National Fire Service, NADMO and the Ambulance Service to manage the situation. The police advised residents to move out of the area to nearby towns for their safety while recovery efforts were underway. They also appealed to nearby towns to open up their classrooms and churches to accommodate surviving victims.
Most of the victims have been rescued and are on admission at various hospitals and clinics within the Bogoso Municipality. Meanwhile, an update on the social media platform of the GNFS sighted by the Ghanaian Times stated that four fire engines from Prestea, Tarkwa, Wassa Akropong and Asankragua were swiftly dispatched to the scene to save lives and properties.
In a related development, President Nana Addo Dankwa Akufo-Addo in a Facebook post has consoled families of the dead and injured. “It is truly sad, unfortunate and tragic incident and I extend, on behalf of Government, deep condolence to the families of the deceased and I wish the injured speedy recovery,” he added. He said Government would spare no effort to ensure a rapid return to a situation of normalcy for residents of Apiate. President Akufo Addo said the police,  Armed Forces and NADMO were co-ordinating efforts to contain the situation, adding that NADMO had been instructed to see to it that rapid relief is brought to residents of the town.
Share 0 FacebookTwitterPinterestEmail
previous post

Becki Owens has launched a new line of home furnishings