May 3, 2021
His Highness Sheikh Mohamed bin Zayed Al Nahyan, Crown Prince of Abu Dhabi and Deputy Supreme Commander of the UAE Armed Forces, today received His His Highness Sheikh Mohammed bin Rashid Al Maktoum, Vice President, Prime Minister and Ruler of Dubai, at Shati Palace in Abu Dhabi. During the meeting, Their Highnesses exchanged friendly conversations and addressed several issues concerning the nation and its citizens, most notably those related to providing Emirati citizens with decent lives and achieving their happiness and social stability under the leadership of President His Highness Sheikh Khalifa bin Zayed Al Nahyan, as well as the national efforts to address the COVID-19 pandemic, reduce its repercussions on different areas of life and ensure the return to normalcy as soon as possible. 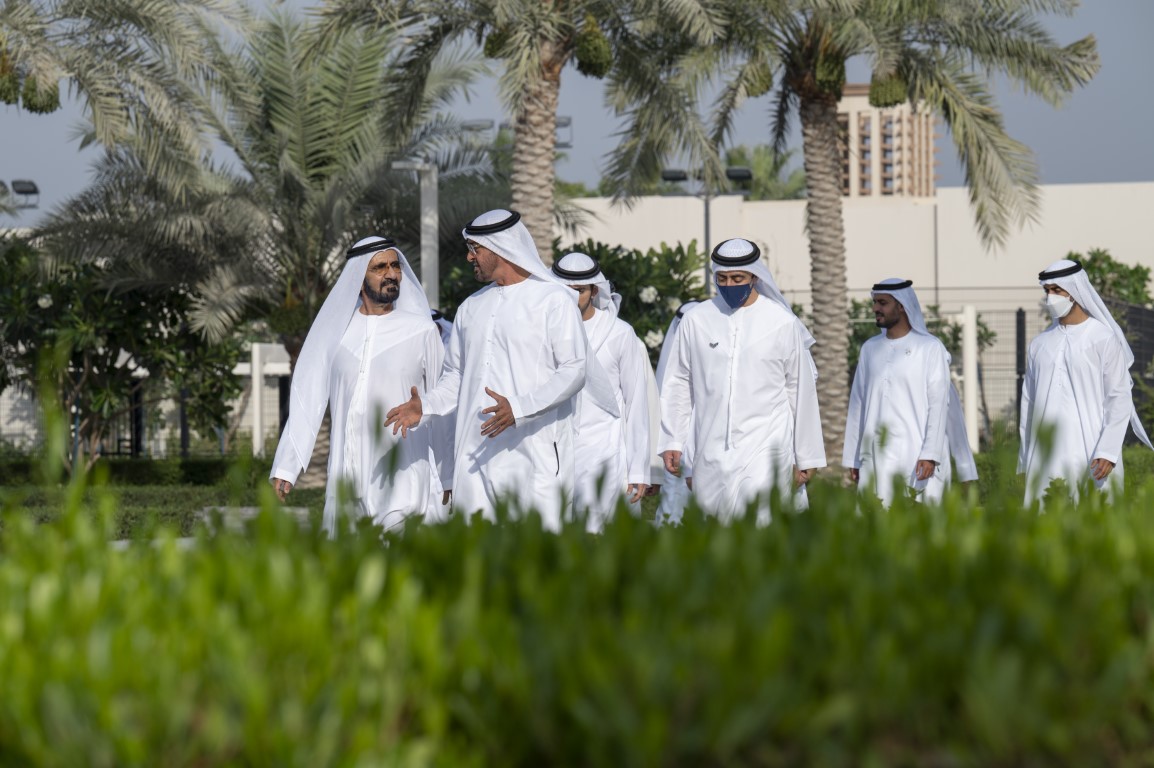